Put $100+ Billion in Annual Infrastructure Expense to Productive Use

We know what we have in our wallets, how it got there, and where it goes as it leaves.  We make simple calculations to confirm that money coming in justifies expenses going out. We track cash flow – salary and wages coming in; housing, food, and auto expense going out. We show governments the same calculations on tax returns.

For multi-year investments, this calculation is more complex. Most of us can’t buy a home or a car with cash, or pay college tuition out of pocket. To make these transactions work, we estimate future revenues and expenses. To qualify for loans, we show lenders our cash flow histories. Businesses estimate cash flow before making decisions on product development and hiring. Analyzing revenues (source) and expenses (use) is the way we decide whether hoped-for results justify today’s expense. Whether made over dinner at home or in a board room, these judgments are routine.

Surprisingly, governments do not regularly keep or publish cash flow analyses for their core pieces of infrastructure.  Source and use of funds are not commonly tracked or reported.  We don’t know the historical revenue and cost performance of the Brooklyn Bridge, the Massachusetts Turnpike, or Boston’s Mystic River Bridge. This is true for infrastructure assets across the country.  [There are exceptions, like the Golden Gate Bridge, where a special purpose entity is in charge of a single asset.] 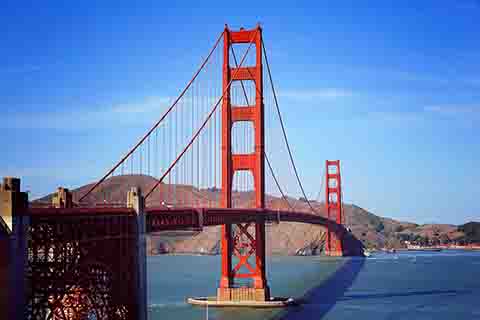 This is a big problem. Infrastructure facilities cannot be effectively managed over their useful lives without ongoing analysis of source and use of funds. Our research at MIT showed that such analyses, with current condition and deferred maintenance, are reliable baseline predictors of future revenue (source) and expense (use). These baselines are invaluable.

First of all, baselines allow outcomes to be compared against similar facilities. Comparisons reveal why some infrastructure elements perform better than others, or require more frequent and costly repair than others. Baselines independently verify that money is spent in the right place, at the right time, and in the right way. Baselines expose unusual variations in costs, and drive higher service levels at lower life cycle cost. Source and use analysis allows the content of infrastructure networks to progress, rather than stagnate.

Second, source and use baselines are reliable predictors of outcomes. A documented history of worsening asset condition, lower levels of service, and higher levels of deferred maintenance are direct evidence of inadequate or wasteful spending on operations, maintenance, and repair. Baselines are an independent window upon the effectiveness of infrastructure spending.

The City included its life cycle cost estimate of $157 million in its Request for Proposals, along with performance requirements. The winning proposal was $102 million – 35 percent lower than the city’s benchmark. Savings were achieved through new filter technology and improved engineering, reducing equipment and energy costs. Backed by a corporate guarantee from the parent of the contractor, the plant is in its 20th year of successful operation.

The Confederation Bridge between New Brunswick and Prince Edward Island is a striking example. In 1987, the government of Canada used a historical source and use analysis of ferry service across the Northumberland Strait to estimate revenue and expense for the next 25 years. Ferry operations were then costing $42 million CDN per year, with major expenses for new ships and new piers on the horizon.

The government offered this revenue stream for 25 years as a funding source for a fixed crossing to replace the ferry. That competition resulted in multiple proposals for bridge and tunnel crossings. The winning proposal produced a $750 million CDN reduction in future cost. The Confederation Bridge opened in 1997, delivering better, uninterrupted service and a 40 percent savings in life cycle cost.

Our goals for infrastructure are simple: improve levels of service at lower life cycle costs. To do this, infrastructure managers need to identify and perform the right activities, in the right place, at the right time, and at competitively verified costs. Source and use analyses are the best practical way to allow competition to independently verify what should be done to meet these goals.

Without benchmarks, governments are simply making spending lists – earmarks – with little assurance that public funds are spent in an optimal way.

Until asset management systems are upgraded to include source and use benchmarking, and until procurement systems are opened to allow life cycle competition, our research at MIT indicates that only 65 percent of what governments currently spend on infrastructure is optimal. The rest — $112 billion in 2012 — is avoidable, the “cost” of spreading political credit across three levels of government.

Whether the federal government contributes $200 billion or $1 trillion to fund earmarked state and local infrastructure projects is interesting theatre. The contest among states and municipalities for a share of these funds is also interesting, but still a sideshow.

The substantive challenge is how to put 35 percent in avoidable current costs toward provable gains in service level and cost performance. Source and use analysis must become routine, because it provides the factual basis to put more than $100 billion in existing annual spending commitments to productive use.