Miller was professor of civil engineering at MIT, chair of the ABA Section of Public Contract Law, and is an expert on infrastructure procurement.  He as been a member of ASCE since 1972.  Miller is also on LinkedIn and Twitter.

Holman W. Jenkins, Jr., had an interesting piece in the WSJ on January 15, 2019 – California Burns for Better Leaders.  Jenkins’ argues that “humans are the ignition source (of California’s fires), bringing their houses, cars, and spark-happy lifestyles into unsuitable terrain.”  Californians have built two million homes in fire-prone regions of the state, and that is expected to nearly double in the next three decades.

Ivan Penn, Thomas Fuller, and Lisa Friedman offer a different take in the Times, focusing instead on the “challenge facing the state’s elected officials and regulators, who will ultimately decide whether part of the solution [to the PG&E bankruptcy] will be raising already high electricity rates.” 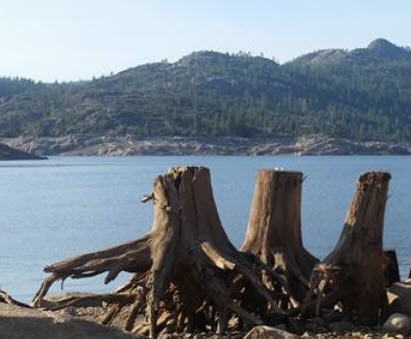 According to the WSJ’s Katherine Blunt and Russell Gold “California law makes utilities responsible for any fire started by their equipment, even if they weren’t negligent.”

Pacific Gas and Electric is liable – whether or not it was negligent or at fault – if investigators determine PG&E’s equipment contributed to the fires.  Up to $30B in fire-related claims are expected.  Hundreds of suits are already pending.

A bankruptcy filing is also coming . . . . to be followed by . . . an avalanche of claims and counterclaims before the state’s Public Utilities Commission and legislature.  Public officials and regulators will attempt to simultaneously do three things:  (i) hold PG&E to account financially for injuries and property damage caused by the fires; (ii) maintain energy generation, distribution, and delivery safely by keeping PG&E in business; and (iii) avoid passing on billions of dollars in additional costs to users over the long term.

This is not so much of a challenge as claimed in the press.  The answers are determined by the structure under which California allows PG&E to operate.

PG&E is fully regulated by the California Public Utilities Commission.  The California legislature requires PG&E to operate on essentially a “cash plus” basis.  The Commission controls the scope of the services PG&E provides to customers, setting where and what will be provided to whom.

Five Commissioners, appointed by the Governor, make all policy decisions, with support from a staff of analysts, economists, engineers, accountants, lawyers, and other professionals.

Did PG&E spend enough time, effort, and money hardening its network from the risk of fire?

Did the Commission authorize a rate structure that allowed PG&E to make these investments?

There will be conflicting responses in the coming months.

The result is predictable from views already expressed by officials.  In the end, PG&E is still in a “cost plus” business, on a life-cycle basis.  PG&E will reorganize in some fashion in the bankruptcy courts, where it will find immediate protection from fire related claims.  The Company continue its services, under court supervision, and with oversight from the Commission and legislature.  Billions of dollars in added costs will be passed to users over time.

The impact of PG&E’s structure should be carefully considered.  The combination of generation, transmission, and generation into a single entity should be examined.  The combination of so many different kinds of assets – dams, generating stations, transmission lines, distribution lines – over a wide geographic area should also be examined.  PG&E’s structure allowed fire risk in one part of its business to bring the entire company to bankruptcy, by spreading the cost evenly to all PG&E customers – whether they are in fire prone areas or adjacent to a canal.

The legislature should consider changing this structure.  Generation could be separated from transmission and distribution, creating two different companies.  Alternatively, regional entities could be created for generation, with separate regional transmission and distribution companies.  Fire risks associated with transmission are likely much higher than for generation.  Regional companies would isolate fire risk through geography and climate – and allow the Commission to achieve better alignment of regional rates with actual life cycle cost by region.

When the scope of the infrastructure task and the revenue stream from users is under the control of a public commission, the service provider’s judgments on capital, maintenance, and repair programs is no longer independent.

The resulting contract model must be “cost plus” – with far less accountability for cost and level of service, because the Commission has ultimate control over scope and revenue.  Competition on cost and level of service is not part of the “cost plus” model.  Users never receive the benefits of competition – unified decision-making and responsibility, focused on raising service levels and lowering life cycle costs.